The final week of the 2022 Saratoga Race Course meeting kicked into gear Wednesday, the first of a six-day run to bring the curtain down on the best place on earth.

We’re catching up and squeezing content into the last couple issues of The Saratoga Special, and also trying to feature some here at This Is Horse Racing. We’ll start the first of two days’ worth of farewell columns from our summers staffers, Spencer Ripchik and Timothy Littau. They worked their tails off and are missed here in the waning days of summer.

And of course we have all the picks for Thursday’s 11-race card, which features the rescheduled Michael G. Walsh Novice hurdle and the $150,000 P.G. Johnson Stakes for 2-year-old fillies on the grass.

The handicapping race was seriously tight heading into Wednesday. John Shapazian opened up his one-win lead to three with three winners on the card. He leads the way with 116 winners, three more than Tom Law.

I grew up just a block away from the Saratoga Race Course my whole life and I probably could have counted how many times I’d been to the track on my hands. When I was younger, my knowledge of the track consisted of asking my parents “what number do we root for?”

My family takes advantage of the summer spectacle in Saratoga by renting our house, so I wasn’t ever really home during the racing season. However, my family is very involved in the track with my grandma being a nurse at first aid, my grandpa a tour guide for the Racing Museum and my uncle a security guard.

I never had any involvement with the track until this summer. Unlike some of my friends, I never worked during the summer at the track. I always watched the Triple Crown races, the Travers of course, and all the big races at Saratoga that were on television. Watching on the screen, I never realized that there was more to the track than just some horses running around in a circle.

I didn’t know that the busiest place in Saratoga actually gets started at 5 in the morning every day. I thought I woke up early around 7, but after going to the backstretch before the sun came up, I realized I was actually waking up late. The first time I woke up to watch a horse train at 5:30 a.m. I saw that there are so many people dedicated to this sport than I thought. There are the trainers, who are wide awake making multiple phone calls per minute. There are exercise riders wide awake, always waving and saying hello and good morning from their mounts. There are hotwalkers and grooms washing down the horses after they’ve trained with the clock yet to hit 6 a.m. There are security guards making sure the track is a safe place. There are people who decided to wake up just because they wanted to watch the horses train. And of course, there are the horses. The horses that I just thought were animals.

I was mistaken. Horses are like people. They eat, sleep, compete and most importantly they all have separate personalities. They like to make faces, they play, they are sassy, and have all sorts of other traits. And that’s what makes this sport great.

I also didn’t know that there are so many people behind the scenes that don’t work directly with horses. During the couple of weeks working for The Special, I met security guards, vendors and other journalists. I made connections with them and they helped me out, finding my way around the maze that is the track.

The biggest thing I didn’t realize was that everyone at the track is very nice. All the journalists in the press box always said hello and asked how I was doing. Then after our conversation, they would tell me if I needed help or had any questions then I could go to them for help. The two people at the bottom of the stairs, who would let me into the winner’s circle were always nice. Tom, especially. After every race, I would walk down the stairs, sometimes a little after the race and Tom would always be down there joking with me saying “where have you been” with a smile. He always held the chain and waited for me. I will never forget that smile and the neon green shirt that he wore every day.

Tasked with interviewing trainers and owners in the winner’s circle, sometimes I didn’t know what they looked like. Thankfully there was someone to ask and be pointed in the right direction.

Thanks to the security guards at the bottom of the press box stairs, who always told us to stay cool in the heat and offered water to help cool off.

Everyone at the track I met was happy. If you waved to someone, they would always wave back. Even at 5 a.m., after a long day of racing the day before. Over my weeks working for The Special, I figured out all these people were so happy because they are contributing to one of the most unique sports in the world where they get to work with and watch animals all the time.

There is no sport like horse racing and it took me 20 years of living a stone’s throw away to learn that. I never knew the people and how much work went into the sport and I am glad The Saratoga Special gave me the opportunity to realize that.

Thank you, Tom, Joe and Sean for giving me the opportunity. Thank you, Paul Holloran for also helping me out in the winner’s circle and for all the stories you told. And thank you to my fellow cub Timothy, it’s been a blast.

As I said, I do live just a stone’s throw away, so I’ll definitely be back.

Spencer Ripchik, a junior at Penn State University studying journalism, spent the summer on the editorial team at The Saratoga Special. 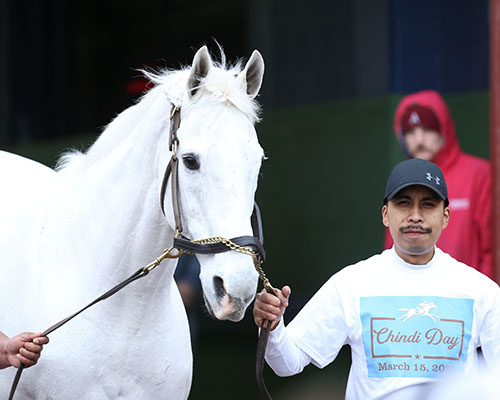